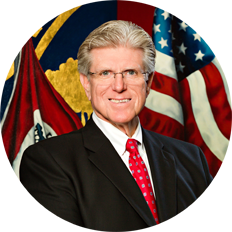 Tom Watson is the president and co-owner, with his wife, Barbara, of Tom Watson's Prosthetic and Orthotics Labs, Inc. with offices in Owensboro and Evansville. Tom studied at the Northwestern University Medical School at the Rehabilitation Institute of Chicago. He entered the field of prosthetics and orthotics in 1972 after a construction accident left him in need of a new prosthesis but without resources to procure one.

Tom has served on many local, state and national boards and has spent many years as a paraprofessional football and baseball coach at the high school and collegiate level. He was a founding member of the youth football league called the KFL as player safety coach, where he was honored with a Lifetime Achievement Award for his work with youth sports. Watson was a recipient of the Owensboro Public School Hall of Achievement Award and was honored by the American Orthotic and Prosthetic Assn. as a recipient of the Lifetime Achievement Award for excellence in prosthetic care for people with limb loss. He is on the Foundation Board for the Owensboro Community and Technical College and recently served on the transition team for Attorney General Daniel Cameron.

Watson first served as Mayor of Owensboro from 2005-2008. He was re-elected in 2016 for a second term and is now entering his third term. Tom and his wife Barbara have two sons, David and Jeff Phelps, two daughter-in-laws, Trisha and Krystal and seven grandchildren. 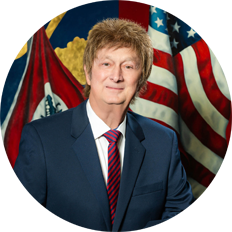 Larry Maglinger is a life-long resident of Owensboro, entrepreneur and local business owner. He is married to Tammy Maglinger, they have 5 children and 8 grandchildren. Larry graduated from Daviess County High School in 1967. He received his electronic training at the Owensboro Daviess County Vocational School and Sam’s Technical Institute of Electronics.

Larry started his first business at the age of 17. Maglinger Recording was a recording studio and record label that produced records for artists in the region. In 1976, he founded Custom Audio-Video, which was one of the first locally owned companies in Owensboro to provide professional audio, commercial video and business telephone systems. In 1994, Custom Audio-Video was named the Greater Owensboro Chamber of Commerce Small Business of the Year. Larry built his business with the commitment to always give customers the best service and products in the business.

Larry’s local involvement includes Chairman of the Greater Owensboro Daviess County Chamber of Commerce, Steering Committee for the Owensboro Convention Center, Owensboro Rotary Board of Directors and the Kentucky Innovation Network (Central Region) Board of Directors. 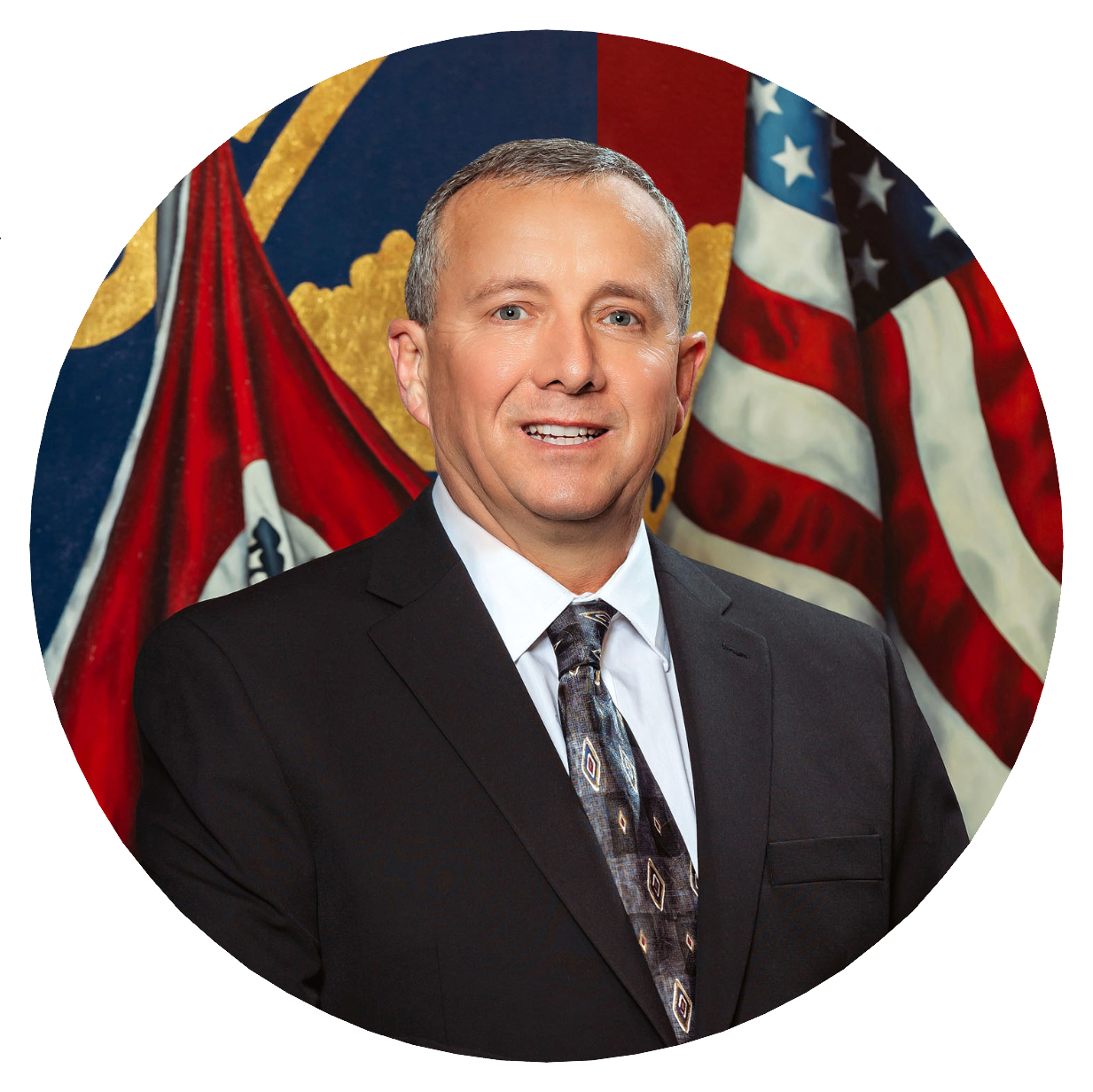 Mark Castlen is a lifelong resident of Owensboro. He attended Owensboro Catholic High School and graduated from Apollo High School in 1979. After attending Owensboro Junior College of Business, he became a realtor for three years, and has worked at United Parcel Service (UPS) for 41 years.

Mark is married to Chris Fisher and has four children; Travis, Courtney, Katie, and Jill. They have six grandchildren and are parishioners at Precious Blood Catholic Church. Family and community involvement have always been important to Mark.

Mark has served two terms on parish council‘s, coached youth ball teams, and volunteered his time to many important causes around the city. Commissioner Castlen is serving his first term as Owensboro City Commissioner. 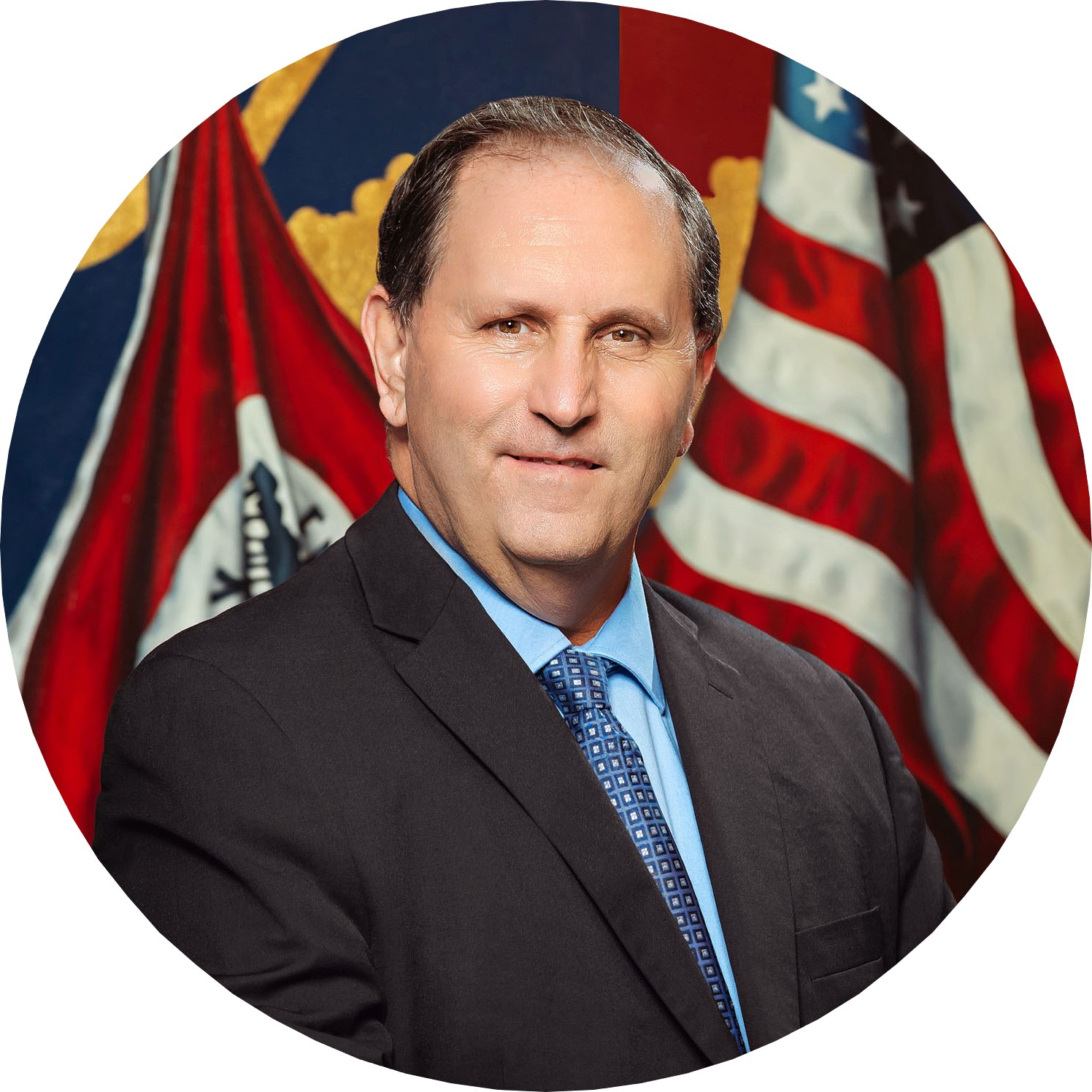 City Commissioner Bob Glenn rejoins the commission after a two year hiatus. He looks forward to serving the community and moving Owensboro forward.

Bob Glenn is a long-time resident of Owensboro and Daviess County. He is an award winning veteran educator at Owensboro Community College (Professor of Communication/Director of Forensics), a Lay Pastor at Bethlehem UMC, a certified High School sports official, and a tireless advocate for our community. As an educator, Bob has coached the award winning OCTC Speech and Debate team for over three decades.

Bob serves on several community non-profit boards including as chair of the H.L. Neblett Center, and as a member of St. Benedicts Homeless Shelter, Crossroads Women’s Emergency Shelter, Imagination Library of Daviess County, and the Bold Promise Scholarship Committee boards.

Bob served three successful terms as an Owensboro City Commissioner (from 2012-2018). In 2016, he was elected Mayor Pro Tem by earning the most votes among 10 challengers. He is married to Holly, his wife of 30 years, and they have two adult children, Bobby (a Firefighter) and Caitlin (a Nurse). Bob and Holly are longtime members of Settle United Methodist Church.

If you have questions or need help with a city service or issue contact Commissioner Glenn at Robert.Glenn@owensboro.org or (270) 929-7471. 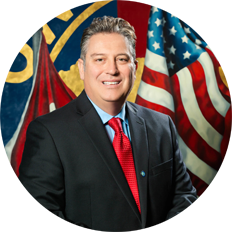 Jeff Sanford, son of Gerald and Linda Sanford, graduated from Apollo High School in 1986 and received a Bachelor’s Degree in Business Management from Western Kentucky University in 1991. Jeff is a Real Estate Advisor for Hartz Real Estate LLC. He and his wife, Dr. Misty Brey Sanford have two children, Dylan and Payton and they are parishioners at Blessed Sacrament Catholic Church.

Jeff previously served as City Commissioner (2011-2016) and is returning for a 4th term. He is the former CEO of American Classifieds in Bowling Green, KY and Nashville, TN and has served on numerous community boards, which include: Greater Owensboro Chamber of Commerce, Senior Community Center of Owensboro-Daviess County (formerly Elizabeth Munday Senior Center Board) , City Employees’ Pension Board, Owensboro Housing Authority, Owensboro Family YMCA and Lighthouse Recovery Board. He has been very active in youth sports through the years and has coached basketball at Owensboro High School and Owensboro Catholic High School. 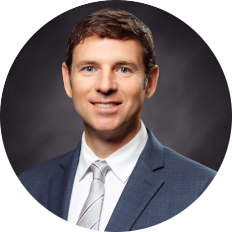 Nate Pagan has served as City Manager for the City of Owensboro since June of 2018 after briefly serving as Assistant City Manager. Prior to coming to Owensboro, Nate was City Administrator for the City of Hopkinsville, KY for approximately 5 years and has over 17 years of local government management experience. He has a Master of Public Administration degree from the University of Nebraska at Omaha and a Bachelor of Science from Murray State University. Nate currently serves as a Vice President of the International City/County Management Association (ICMA), the first ICMA VP from Kentucky since 1953, is a Past President of the Kentucky City/County Management Association, and is an ICMA credentialed manager. Nate’s wife Michelle is a high school math teacher, and they are parents to two sons, Andrew and Griffin.